How often do we check what is going on in the rest of the world by quickly scrolling through posts on social media, glancing hurriedly at photographs, cartoons and the never-ending run of motivational quotes and misleading headlines? We skim through trying to put aside that feeling of guilt for time wasted.

And there it was, a photograph of someone milking a cow. It was posted on some obscure page and the caption challenged viewers to “own up” if they had ever milked a cow. Of course, my skimming stopped immediately and I looked carefully at the picture before moving on to more important news grabs and Covid updates. To my surprise, further down the page, there was a site championing Australian products that we should be buying at the moment, in an effort to support local processors and manufacturers. Lo and behold, as so often happens these days, the cyber conversations took on some rather nasty turns and there before my eyes was a full blown war breaking out over the composition of one of our better known brands of butter! That’s when I started to laugh. 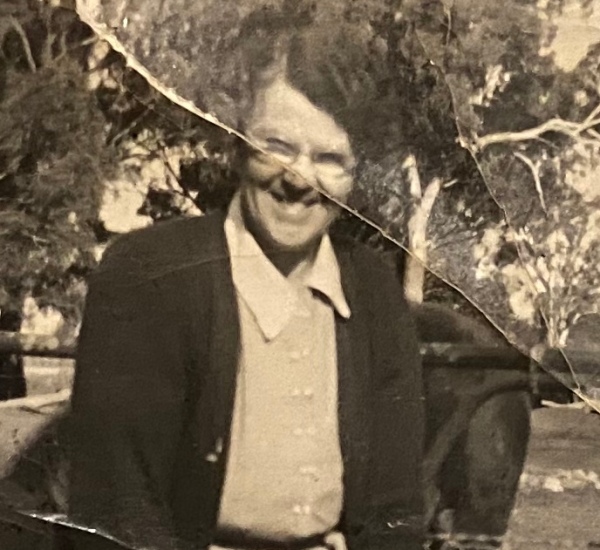 As a child, I well remember going over with my grandmother, on a frosty morning, to milk the cow. She loved jerseys and I can honestly blame these wide-eyed, gentle matrons for a life-long interest in where milk comes from and what wonderful things we can produce with their gift to us, year round. The old cow yard was rudimentary but Nan swept into the little shed with almost regal authority and her command to “bale up”, was never disobeyed. As soon as the leg rope was on, the shed cat made his appearance, rubbing up against the milking stool and meowing hopefully as my grandmother took her seat and leant into the cow’s warm flank. Her weathered hands grasped two teats and working rythmlicly, she pushed and pulled with gentle determination and soon the “plinking” noise on the metal sides of the bucket were replaced by a fulsome “splishing”, as the steaming white liquid squirted into the rapidly filling pail. It was fascinating to watch this partnership, so in tune with each other, the cow quietly chewing her cud, breathing mist in the frosty air, my grandmother expertly emptying the udder without pausing, her competent hands kneading and coaxing every precious drop from the dangling teats.

I learned at a very early age, how to recover the cream from the fresh morning milk, as the farm had finally purchased one of those new-fangled Lister separators and it was no longer necessary to allow the milk to chill overnight, setting the cream on the top, for skimming the next day. Turning the handle was always fun….at first. It became a chore as you had to maintain a certain speed and ensure the whizzing cones inside were processing the whole milk efficiently. As if by magic, Nan could get that machine to pour out rich, runny cream that was perfect for cooking and butter making, or with a deft turn of the handle, fill a bowl with thick, lustrous white gold – a treat for the post-milking, breakfast porridge – always topped with that essential spoon of brown sugar. It was only years later that I discovered her secret was simply how fast you turned the separator handle, the faster speed pulling out just the thickest cream and restricting the flow of the thinner milky product. Turning the handle fast was hard work, washing all the numerous parts from inside the machine was tedious and seemed to take forever. No wonder the bubbling porridge was seen as a fitting reward for those winter-morning efforts.

Returning to the battle of words raging on facebook I was amused to see a contributor’s recommendation to “make your own butter” as opposed to buying supermarket products that contained additives, preservatives and other dubious ingredients. Reading the suggested recipe, a smile crept over my face and I delved into those long-ago memories once more, as I recalled how the butter-making ritual for my grandmother was obviously a necessity, but also a therapeutic exercise that gave her time to just sit on the verandah with her big ceramic bowl and a little wooden spoon. Making the butter from that runny cream seemed impossible to me.  My childhood brain and impish impatience couldn’t understand that methodical, competent beating with that spoon, would eventually force the particles in the cream to coagulate and separate again. This time leaving a nugget of sun-gold butter nestling in a pool of rich buttermilk. Luckily I have both the bowl and spoon in my own kitchen these days and I still cherish them, but more for the memories they evoke rather than any practical application.

So it was a challenge not to embark on a drawn out comment when I read the post on my screen. I wanted to share stories about making butter and how the skills passed down through generations had encouraged me to take aspects of farm life on the road, in a passionate effort to bridge the country-city divide. The funny things, the serious things, the connections with children and adults of all ages and backgrounds…I’m sure such a “post” would have crashed the system, so I just “liked” the comments and went back to my memories.